MGB #951 was purchased in November, 2010 after an eighteen year stay in Cincinnati, Ohio with the former owner, Charles. There were quite a few spares with the car including a new top (blue) that had never been installed. Charles obviously did not drive the car in bad weather.

As you know, the car was restored by Tim Trevithick and susequently sold to Charles in May of 1992. Charles preffered the iris blue exterior color with a blue interior and blue carpeting. He had seen a car with this combination and it stuck in his mind and became his favorite.

The Heritage Certificate shows the car as buit (7-13 September 1962) as having an iris blue exterior, blue hood, black interior with blue piping and black carpeting. The factory fitted equipment included disc wheels, heater, black tonneau cover, foldaway hood and ashtray. My plan was to restore the car to its original "as built" interior color. It seemed appropriate as the body, car/chassis, and engine numbers are all matching. I also added a set of bias ply two inch white sidewall tires which gives the car that early look.

The car has placed second and third in the Show of Dreams, a car show sponsored by British Cars of NH held in Wolfeboro, NH. In the 2012 show, the car was the featured marque as the theme was "Fifty Years of MGBs". It’s not a trailor queen but I have had alot of fun driving and showing 951. 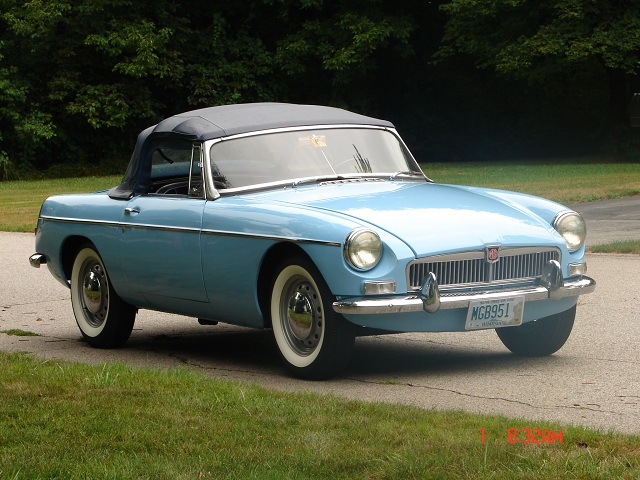 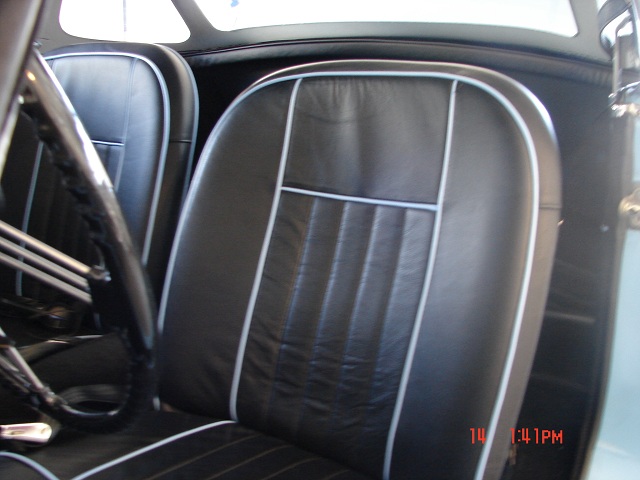 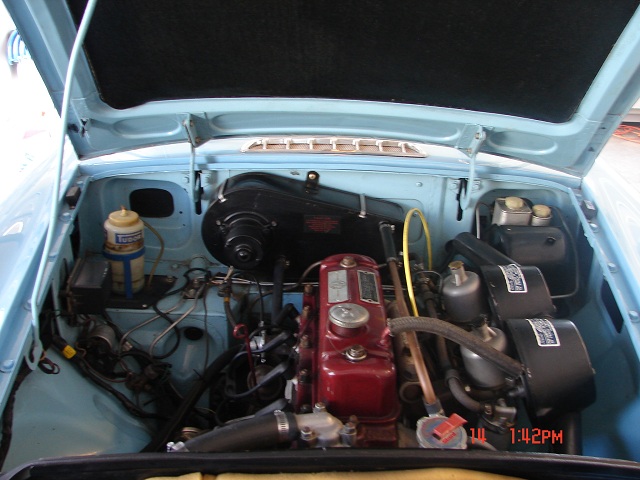