Early MGBs until the 1967/68 market in the USA and 1966 market in Canada had all clear Lucas signal/parking lamp lenses. The switch to amber/partial amber lenses was completed by the 1968 model year. The 2 bulb lamp body was replaced completely as was the lens for the 1970 model year although the new one piece lens shape remained identical to the 1962-69 lenses.

Very early MGBs had a unique parking lamp lens in that the flutes on the lens were horizontal, matching the flutes on the signal lamp part of the lens. These parking lamp lenses with horizontal flutes are unavailable from any known source. Replacement lenses with the later, vertical flutes are available from normal sources either as OE Lucas, or unbranded aftermarket.

The plastic used in these lenses reacts badly to UV rays and takes on a white, milky appearance over time. It is unknown as to the specific change point from horizontal to vertical fluting on the parking lamp lens. 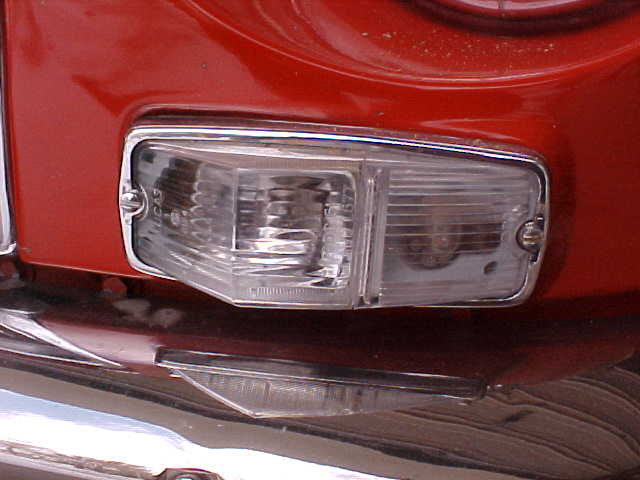 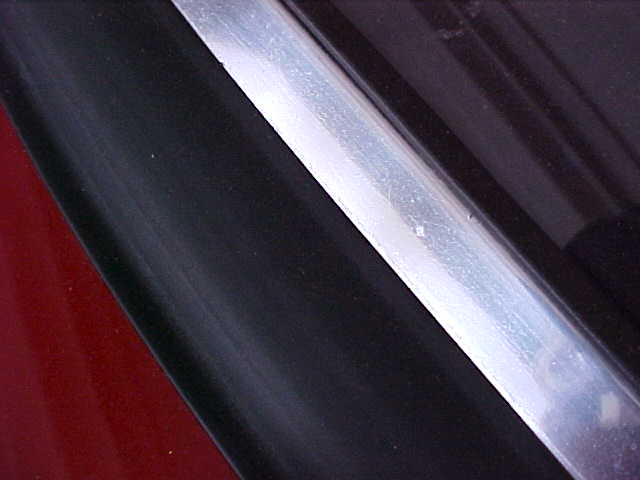 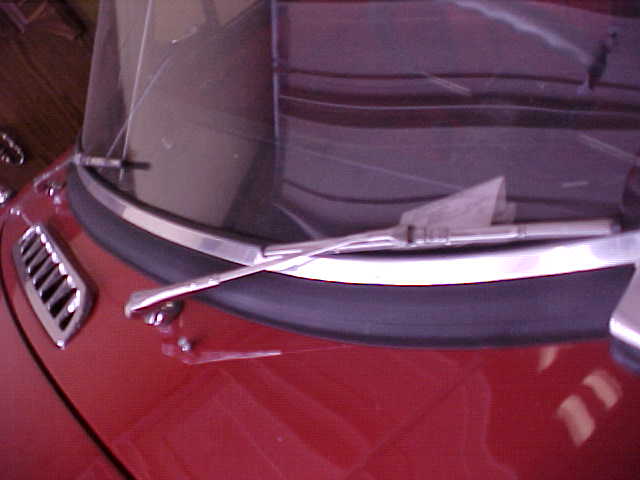 The first several years of MGB production used a painted, body colour filler between the corner of the rear bumper and the body. This is attached by 4 posidrive blunt head screws into blind fixes inside the trunk. The filler is made of steel with an outer slightly rolled edge. The filler was painted body colour prior to its assembly to the body of the car.

Later MGBs to the end of chrome bumper production use a slightly smaller in all dimensions bright alloy filler attached by 3 screws.

These early rear bumper fillers are NLA new from any known source, but can be successfully made from 18 ga steel with a hammer rolled edge. Many unknowing owners substitute the later commonly available bright alloy filler. 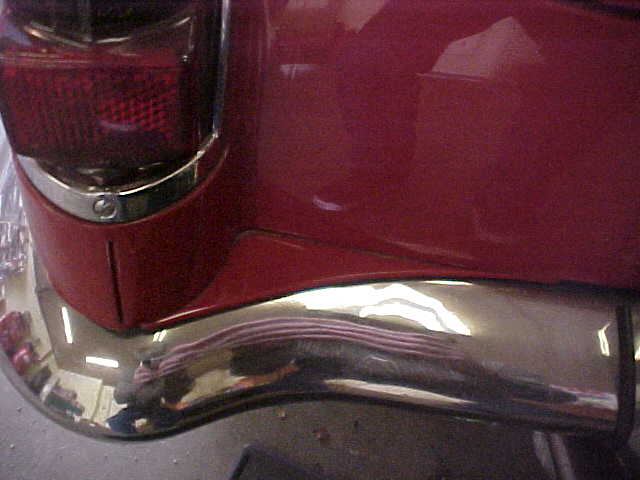 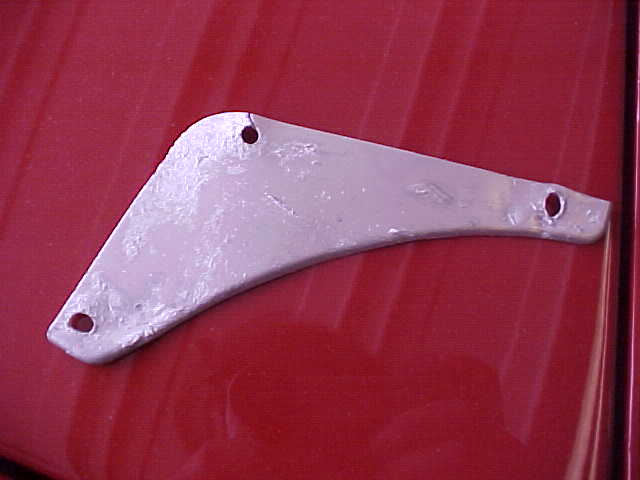 These doors were used on MGBs until approximately Car #57100. However, there are some later recorded examples of cars numbered into the 59000s with pull handle doors. It is likely that the official change point recorded did not include all bodies built, and as there were significant changes to the B posts and doors themselves, earlier bodies which may have been delayed at Pressed Steel may have been completed after the official change point. #59195 in Iris Blue is 1 example of a later car.

No MGB GTs were factory built with pull handle doors.

The following photos document most of the unique features of a pull handle door. The pull handle vent window frame will be examined in a subsequent article.

Main features are identified in the photos below: 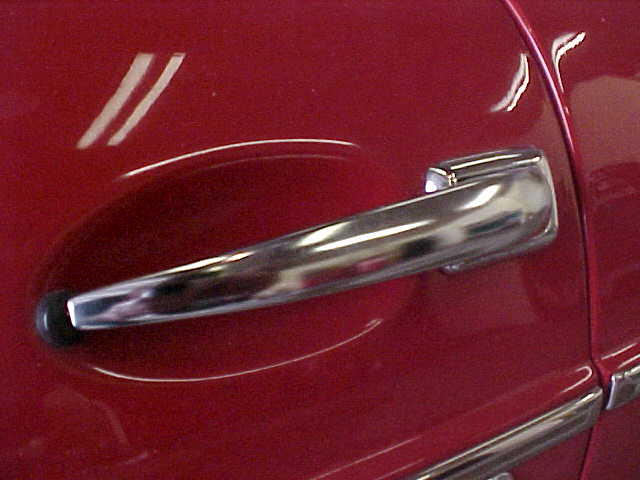 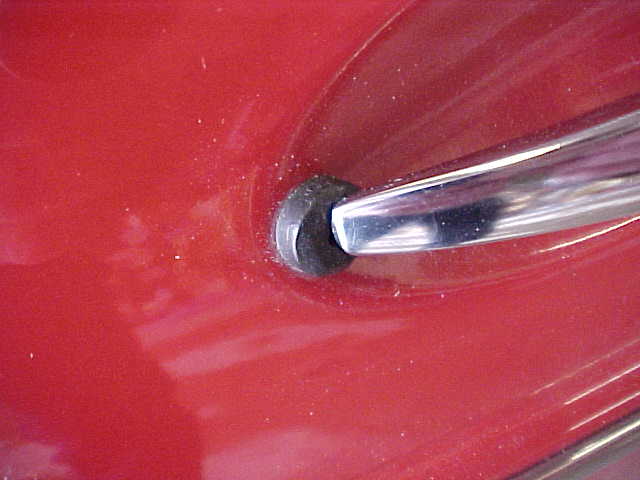 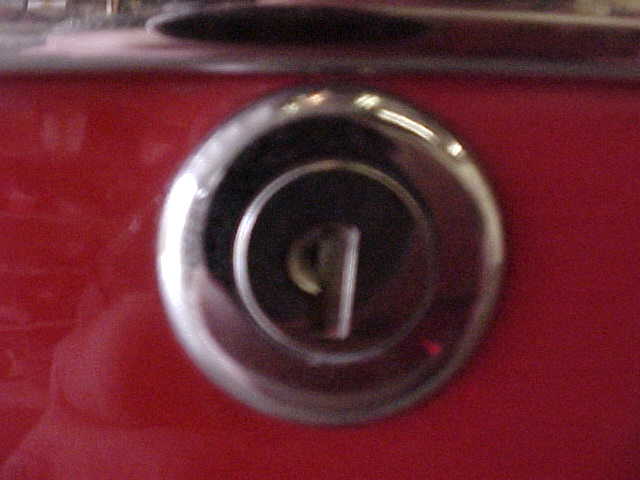 The vent windows up to 1971-1972 were chrome over brass and then they went to stainless when they switched to Sicursiv from Triplex glass. Also there was a change in the vent window handle itself from the early hooked one to the paddle type before they went from chrome to stainless. 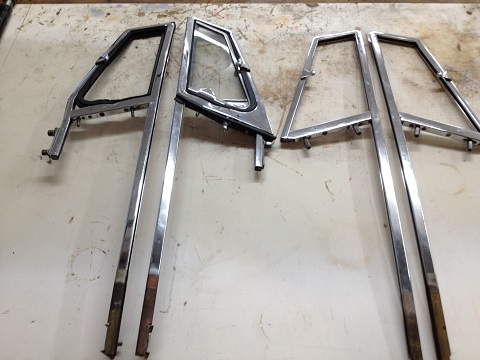 MGBs for Canadian delivery in 1962-1963 at least came with this lovely chrome rosette affixed to the radiator grille just inboard of the left front bumper over rider. I am unsure as to whether they were present on early Bs for other markets, or whether this was a BMC Canada "extra". This rosette did appear on some other BMC products in Canada of early 1960s vintage. Please feel free to comment from other parts of the world. 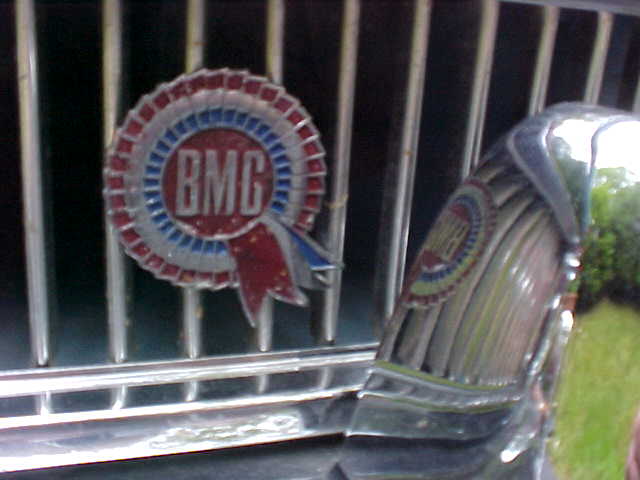 The first cars built in 1962 were fitted with different design steel front bumper supports. The rubber attachments on the bumper-ends have remained unchanged throughout the years. During all years, each front bumper has four remaining bolt mounting points. Both bolt-holes towards the centre of the bumper generally have the over-riders fitted to the bumper.

The very first MGBs were not provided with towing provisions.

After 368 cars, at chassis number GHN3L/368, the front cross member was fitted with the lashing eye familiar to us all.

It was not until November 1966 at chassis number 107465, that the MGB was considered to be suitable to tow other cars. For that purpose the rear bumper brackets were for the first time fitted with lashing brackets.

A little later in same month, at chassis number 107703, the front bumper brackets were equipped with towing brackets similar to the design of the rear brackets. At the same moment the towing eyes welded to the front cross members were deleted.