Photos and description of the keys and fobs on early MGBs.
Written by Various – 2020-05-06
How-To Library > Early MGB Reference Section

Although it is possible to key all of the Mk 1 MGB locks to operate with a single key, all were supplied with 2 different keys of different code, probably so that an ignition key could be left at a parking or service facility while enabling the driver to lock his trunk and glovebox.

There are few sources for original "FP" keys. 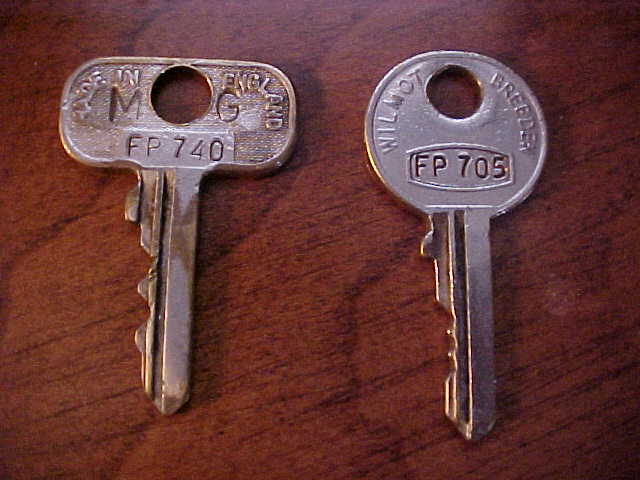 The 2 variants of the "FP" key 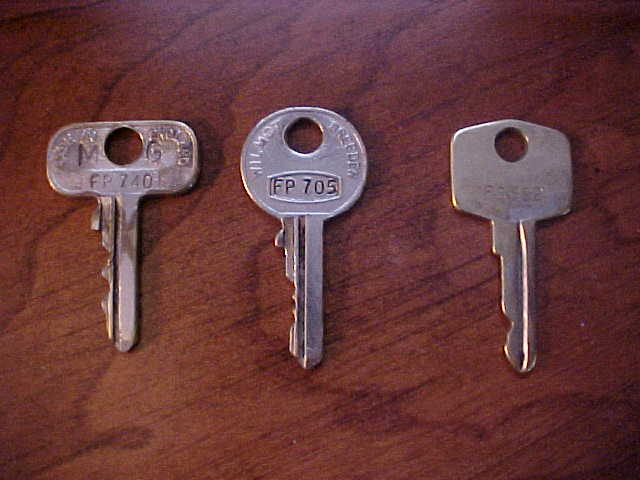 The Mk 1 MGB was delivered with leather samples to match the primary interior colour attached to two of the factory supplied keys, 1 each of the ignition and door keys. These samples were either black, blue or red.

The originals have a silver stamped "MG" octagon on one side and "Real English Leather is Used in this Upholstery" on the other side.

Some replacement ones I happened across are accurate as to leather colour but use a gold stamping for the printing.

It is unknown as to when the practice of shipping original keys with leather fobs installed was discontinued, but before the start of Mk 2 MGB production. It is believed that these fobs were also shipped with the MGA. 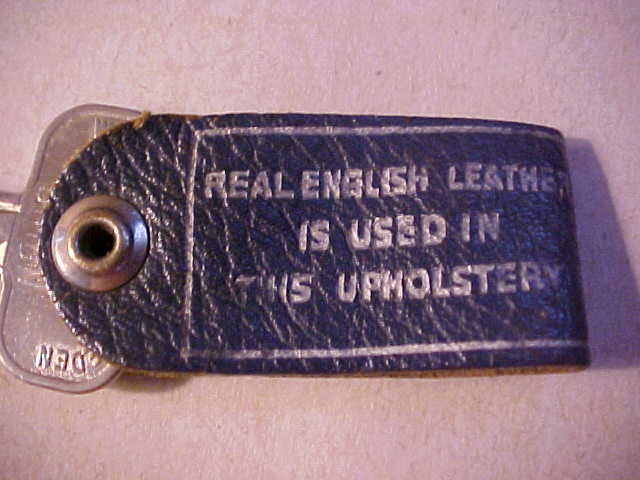 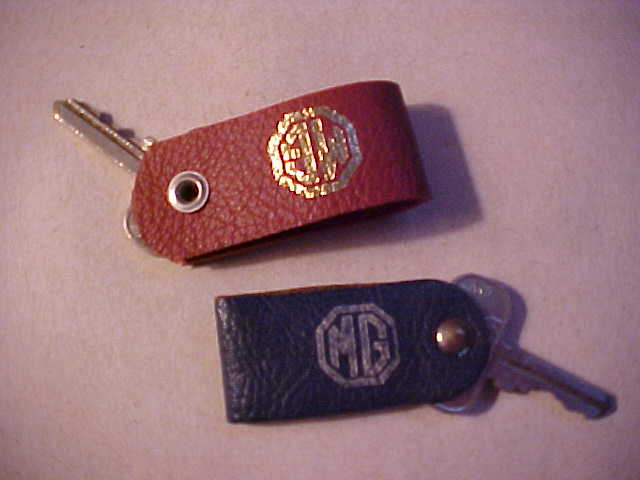 The stamping on the reverse side of an original fob.