This shot was taken in the uk just before the Sebring 1968 race, or before the May '68 Sicily run with Hopkirk and Hedges driving. The car also raced by the factory at its final run at Sebring '69 with Jerry Truitt and Logan Blackburn as Drivers....the Car was sold off by BLMC to John Glovack, an employee in '69; then campaigned privately in "41 SCCA" races throughout the USA. Finally, retiring in '83 to storage. 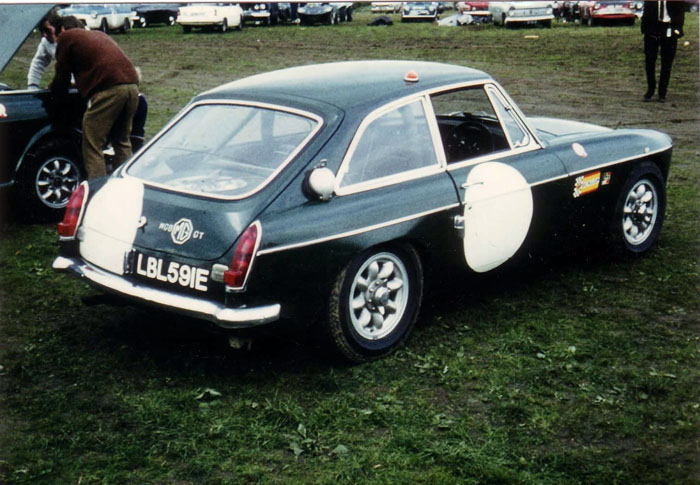 Update: May 2010. Thanks to Ralph Zbarsky for the following information. 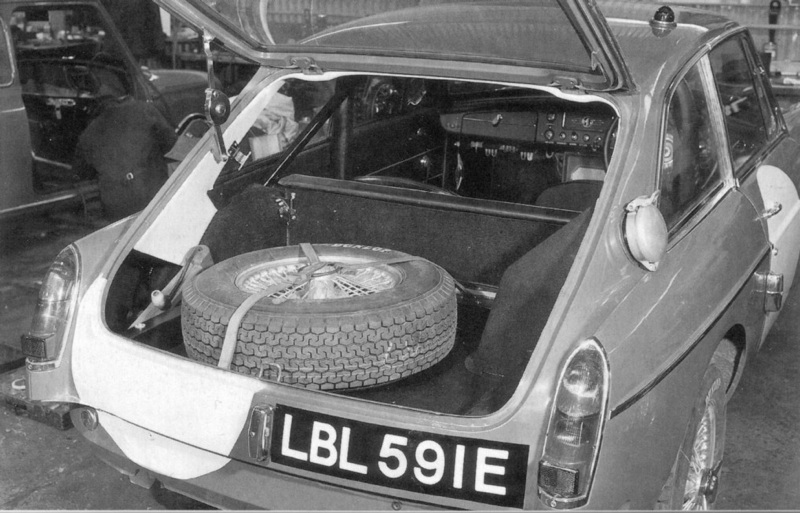 "Hello Skye, thanks for the note. I am happy to send you some historical photos of LBL for your Historic Motorsport section. As you know, LBL is the only BMC UK Works built GT, the last 4-banger Works car to come out of Abingdon. It is well travelled, having raced Sebring 67, 68 and 69, and the Targa Florio in 68. Lots of sea miles. Here are some photos from the Targa Florio 1968......RZ" 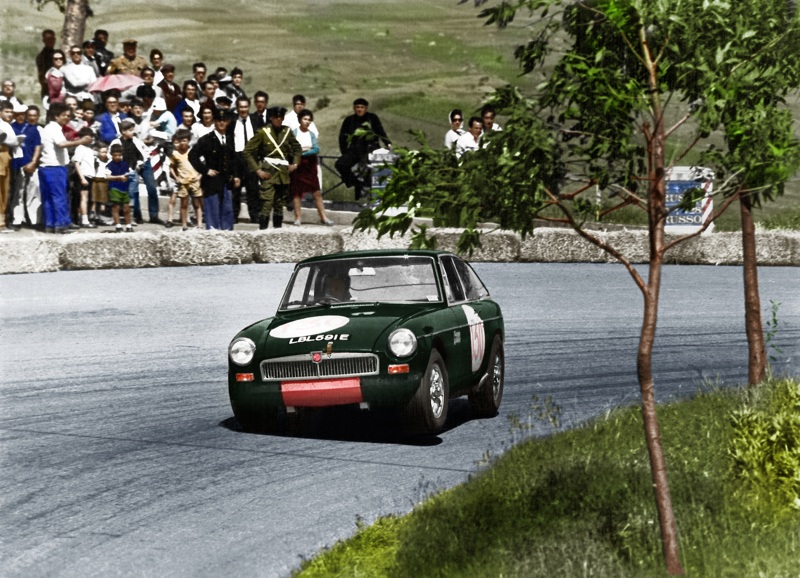 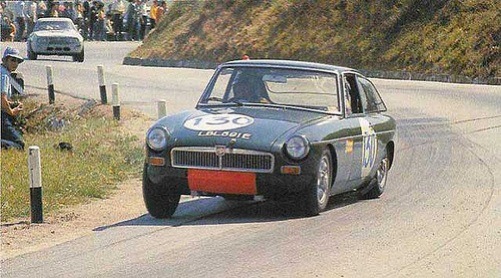 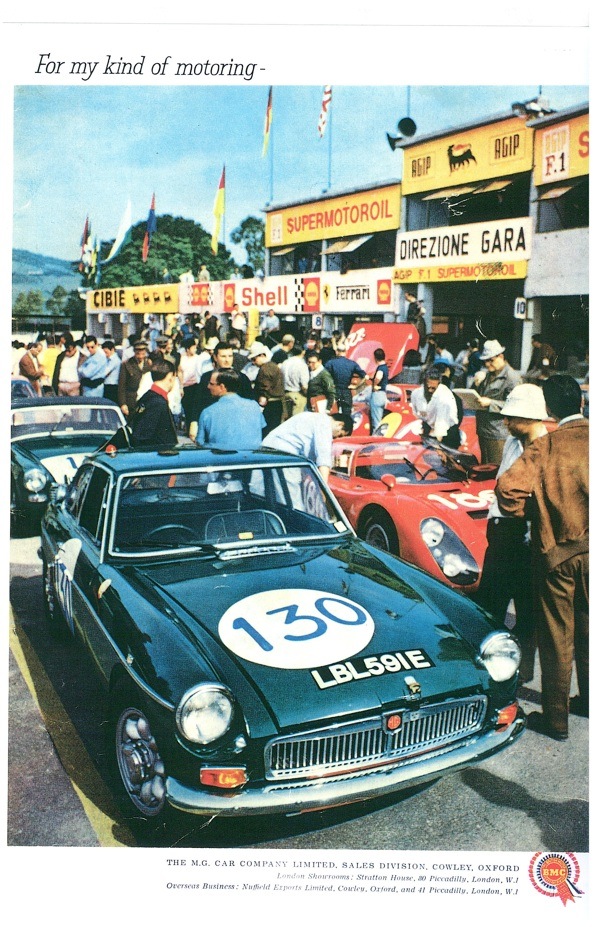 " .....some Sebring photos, LBL being built in the Competition Works at Abingdon, and the actual Bill of Sale for LBL after it was sold-off after the Sebring 69 race....very typical for BMC UK in the day, rather than shipping an old beater across the ocean again. RZ" 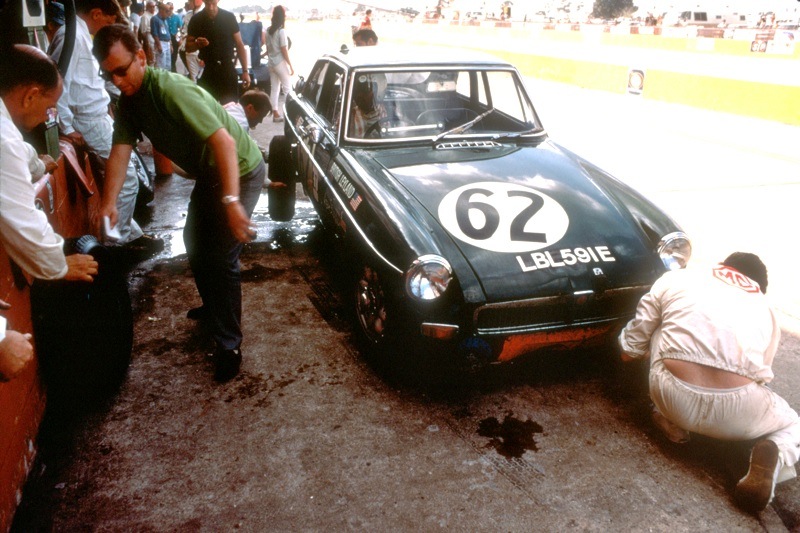 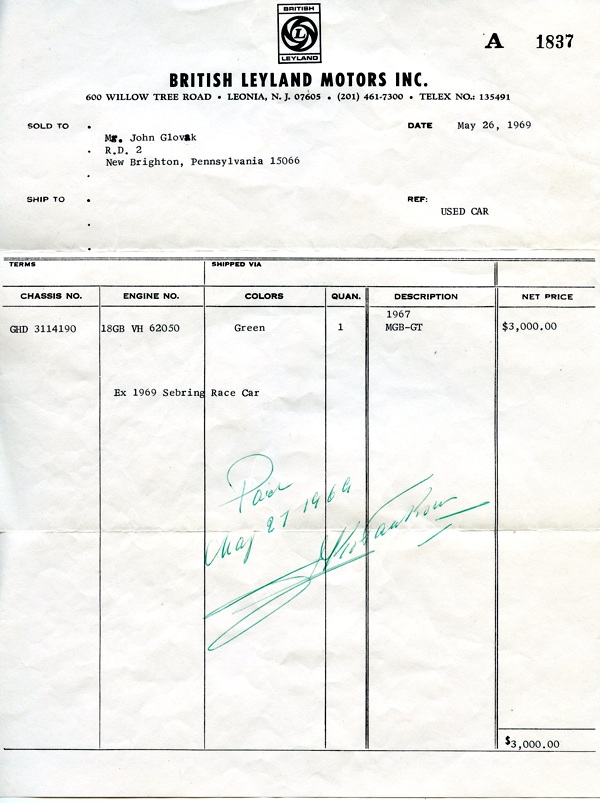 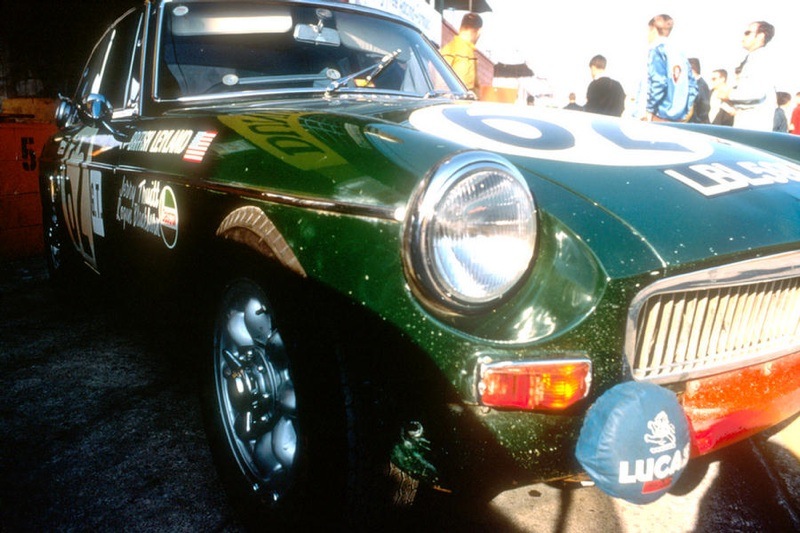