The early MGB up until mid-1966(?) used a body tag and a VIN tag. The rectangular aluminum alloy serial tag is fastened with 2 posidrive self tapping screws to the right inner fender in front of the radiator and will have a series of digits beginning, on roadsters with GHN3, followed by a series of numbers which are the actual car ID number. North American left hand drive cars will have an "L" after the 3 and preceding the actual number.

The body number tag is screwed to the right inner fender parallel with the carburetors and is held by 2 small slot headed screws. It begins with MGB followed by a series of numbers.

Reputedly some cars for some markets may have the VIN number stamped on a tab near the right motor mount on the right frame rail. This stamped VIN may or may not be present, and when present is often stamped very lightly, making locating and/or reading it quite difficult.

More information can be found here: Decoding the MGB VIN 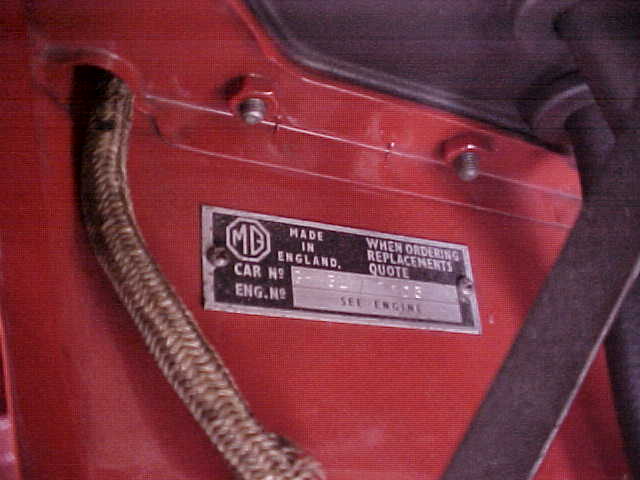 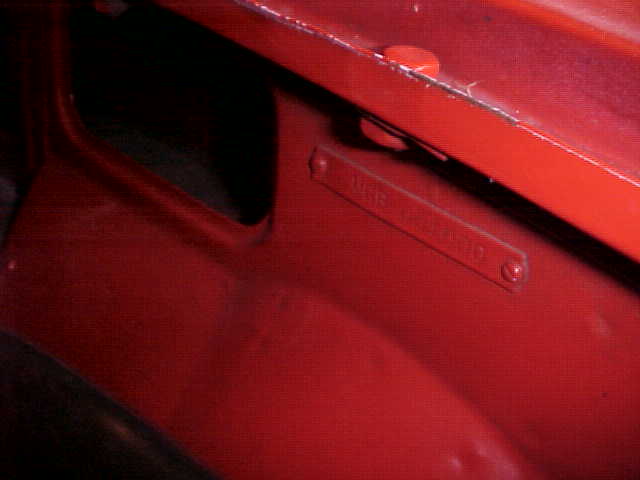 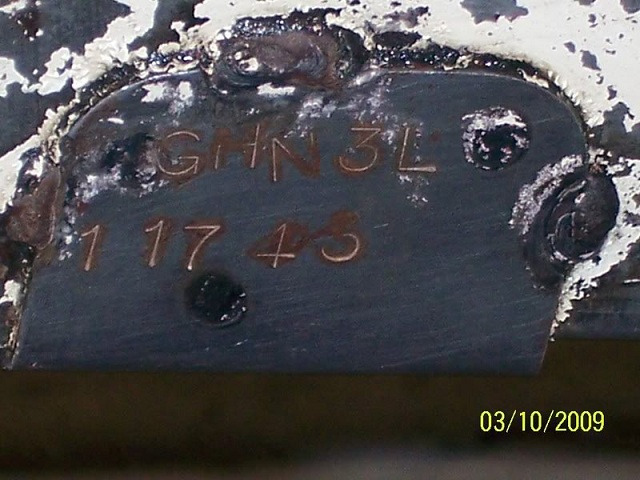 Also shown is the original attachment point, rod to hood, and the retainer used to hold the rod with the hood in its open position. 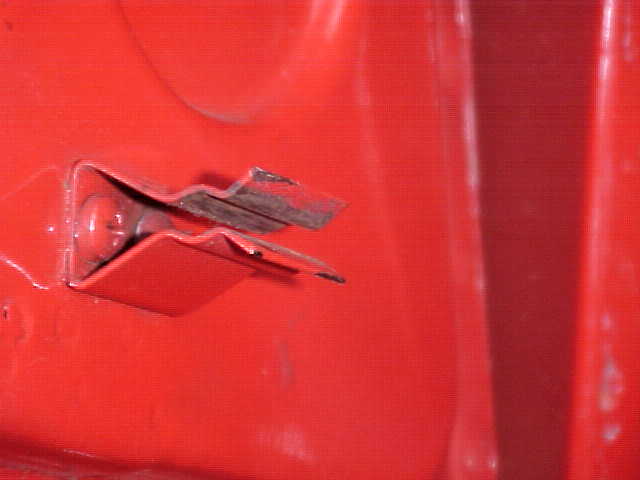 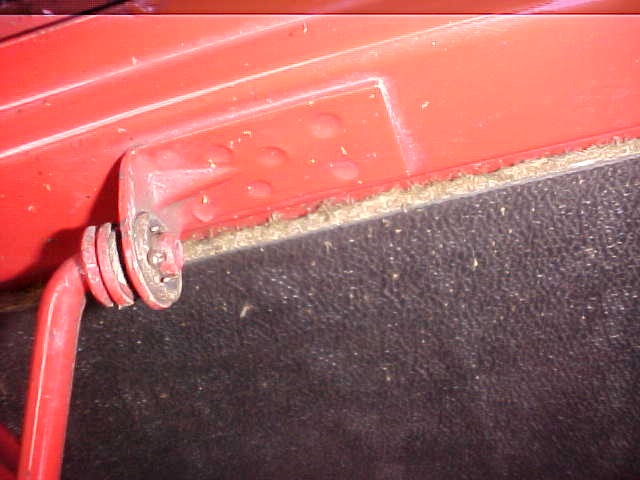 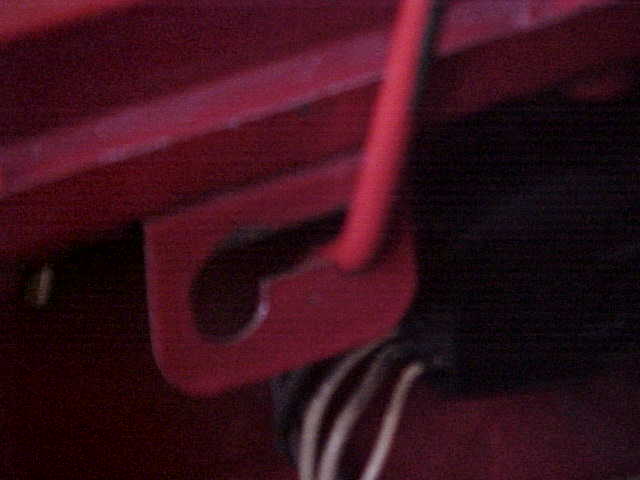 These engines used on 1962 and 1963 cars did not have a PCV Valve. Crankcase pressure was vented through a road draft tube from the front tappet cover, and through this simple rubber hose connecting the valve cover to a port on the front air filter backing plate. Vaccuum created by the carburetors pulling air into the engine pulled vapour from the valve cover/crankcase.

The air filter backing plate for this application is unavailable, as is the valve cover itself. 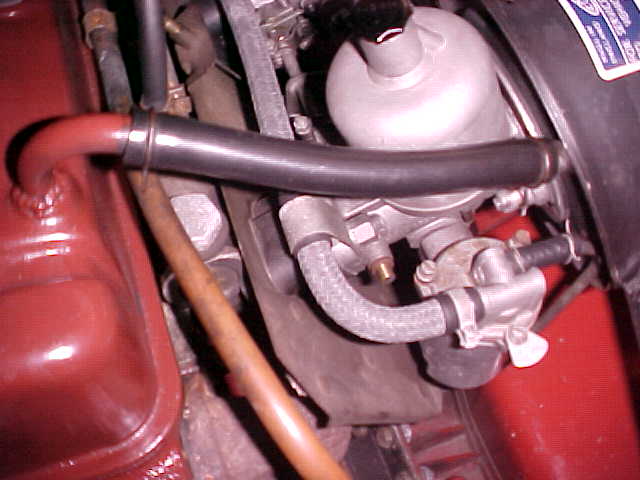 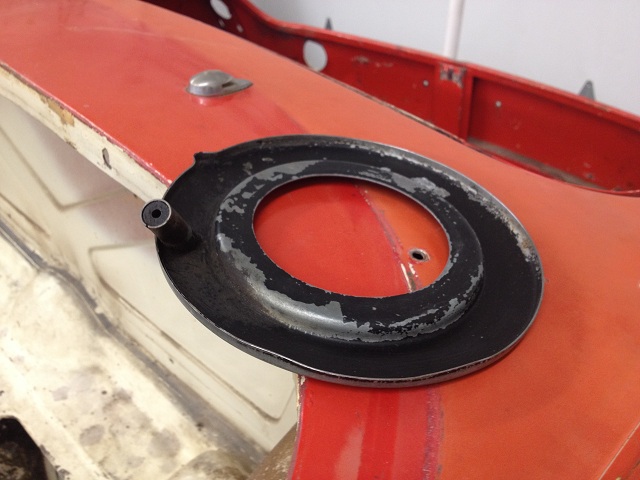 Unsure if the European cars changed, but prior to 1968, a hydraulic pressure brake switch was used on the MGB in the US. The Brake/Clutch cover was smooth with a bracket on the top that is not used on the US left hand drive cars. 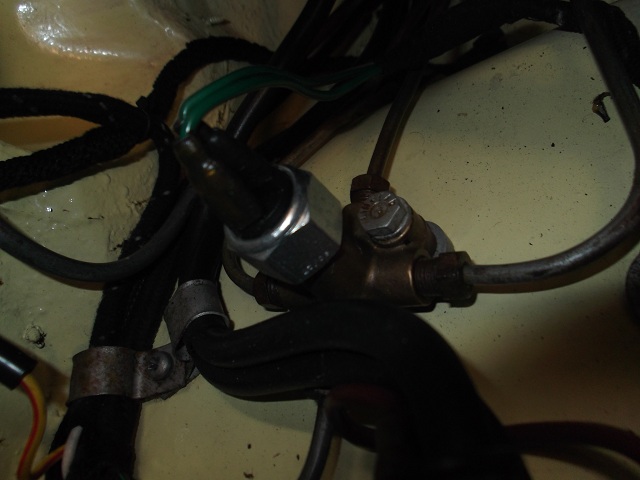 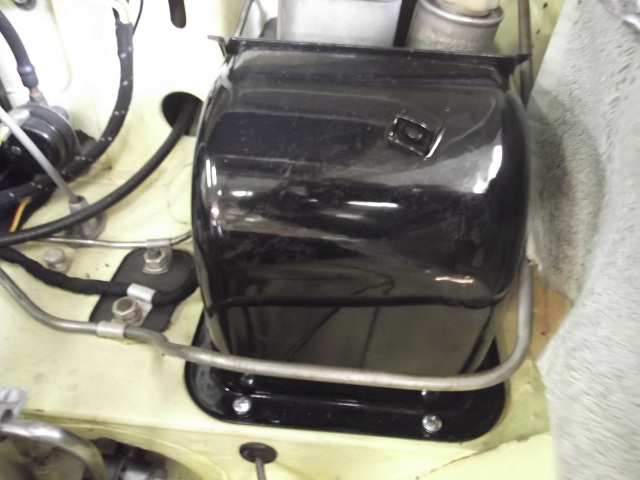 The early MGB had steel/tin caps on the Lockheed brake and clutch master cylinders. Later MGBs utilized a white nylon plastic cap. These later caps will fit the earlier cylinders.

It is also not uncommon to find caps from solvent cans used, as they were very close in fit and appearance, without the slot across the top of the cap.

These caps were also used on the MGA and probably other Lockheed cylinders of the same time. Apparently a company specializing in MGA parts is undergoing the remanufacture of these caps, but at writing (2012) these are not yet available. 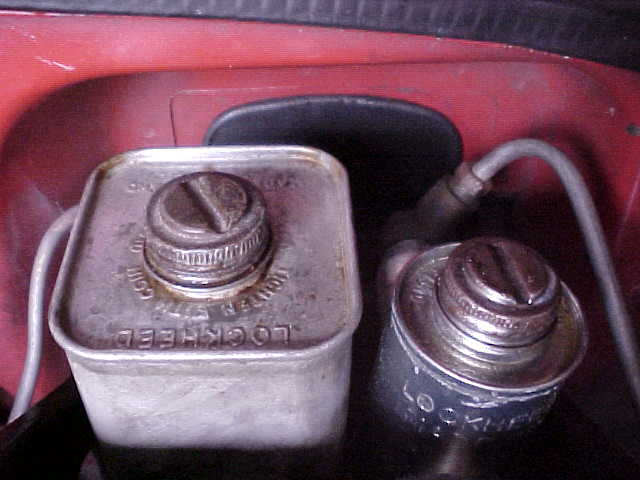 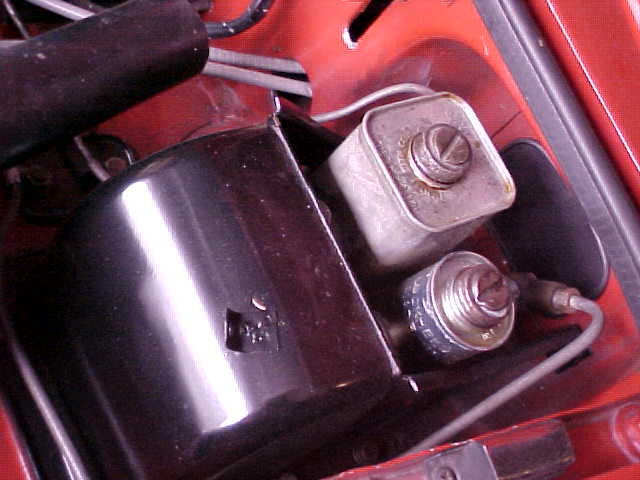 Author: M. Feig with assistance from A. Henderson

In the past, a lot of questions have been asked regarding how this vapour seperator should be mounted. It is difficult to see from the carburator side as it bolts to the 2nd from the back manifold bolt, and then it has a clamp at the rear head bolt, and then down and around to the distributor.

Another reason for this article is to point out that many of the engine components were not painted seperately prior to being assembled. In fact, this is a prime example of a component that was assembled and then painted at the same time the engine was painted. 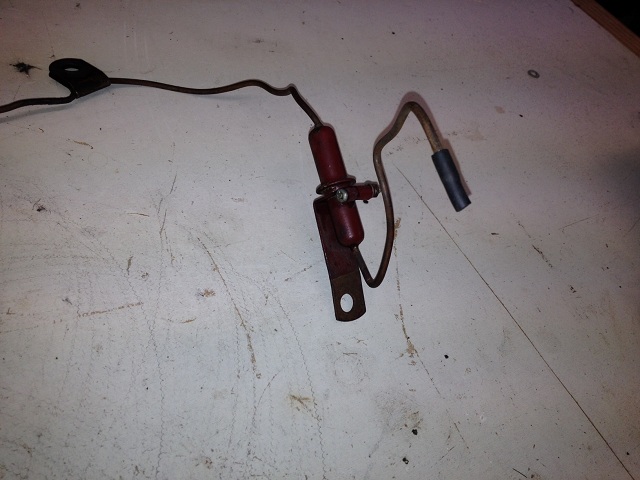 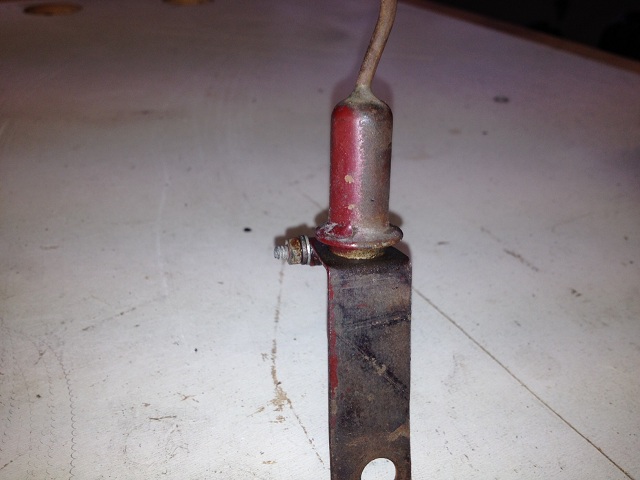 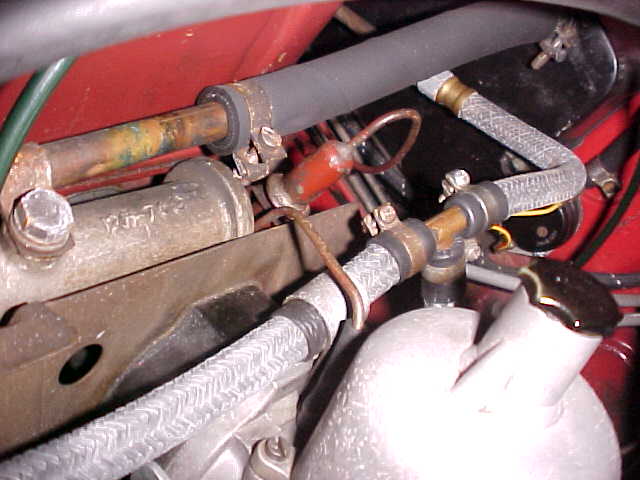 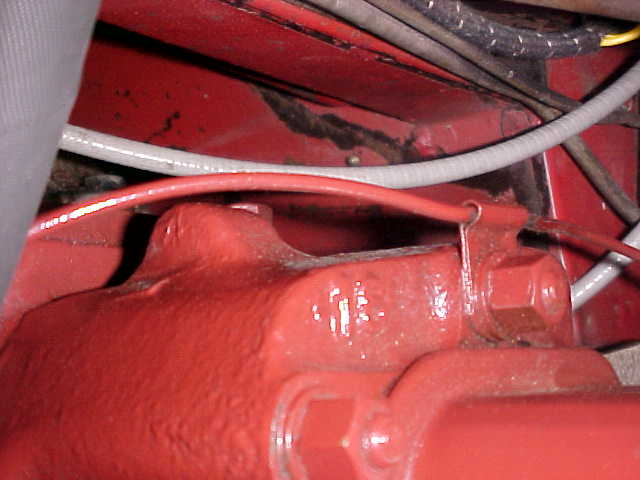 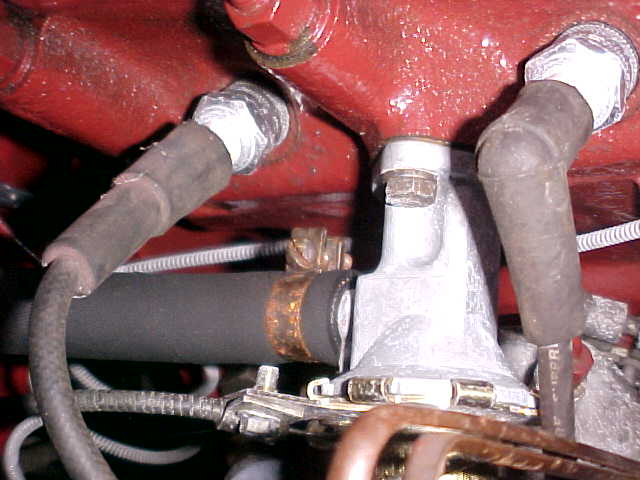 The original LUCAS 78106A sparkplug caps were original on 3 synchro cars (i.e. during the production of the 18GA and 18GB engines). They do, however, cause radio interference that was difficult to suppress properly. The technology involved with these plugs and cables was outdated.

In 1967, state of art technology meant that the copper core cables had to be replaced by silicone cables, which have a degree of internal resistance that supresses the interference to radio and TV equipment.

On the other hand, these early 1960s solid copper core high tension cables in combination with LUCAS side entry distributor caps and LUCAS sparkplug caps do last forever. I am not sure how long the ignition lead spacer and yellow identity markers were maintained through production. I have the impression that the spacer was discontinued in 1967, whereas the markers were probably continued until 1969. 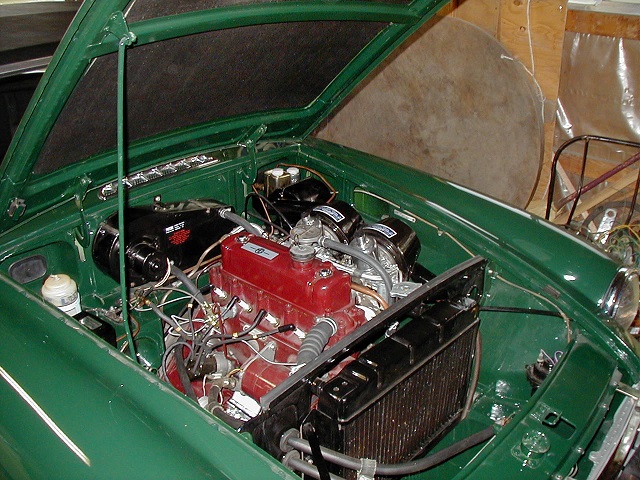 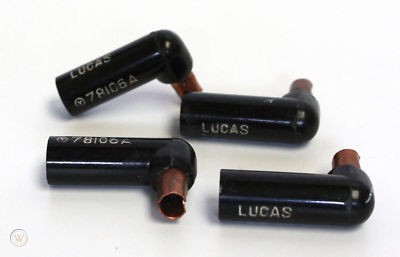 Originally the LUCAS ignition coil was located very close to the distributor on a bracket that was attached to the engine support. This bracket was exclusively applied for the Mark 1 MGB, 3 synchro cars built from 1962 until October 1967.

This bracket was removed during the design of the Mark 2 MGB to simplify maintenance. 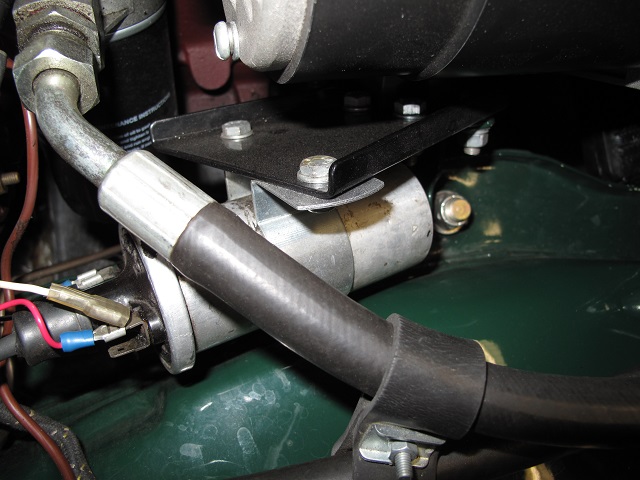 Member Comments on Early MGB Engine Bay Reference (Part 2)   ↵
2020-06-09 06:47:43 # 63994
Comment by George Wilder
The body tag referred to inpicture 2 is NOT the body number recorded in the build records for MGBs. This thought to be a number used by Morris Bodies in Coventry who assembeled the early MGB roadsters. The recorded number is on a small plate spotwelded high up to the body inner wing on the left hand side looking from the front approximately in line with the dynamo. This is thought to be the number asigned by PresseD Steel the body panel and basic assembly makers.